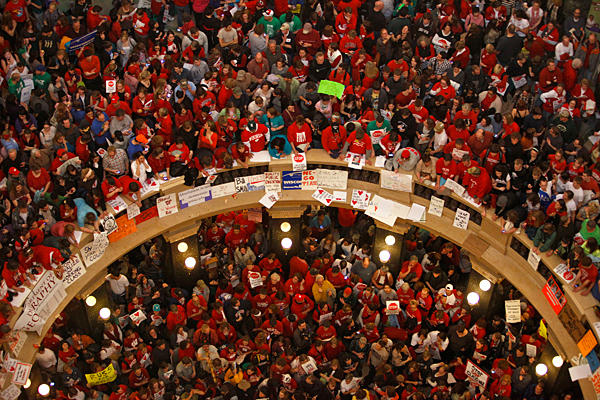 In the current issue of Yes! magazine, I have a review of the new book We Are Wisconsin:

Six months after Madison was occupied by students, teachers, and work- ing people opposed to their governor’s anti-union bill, “Wisconsin” remains not just the name of a state, but shorthand for a movement. It was a mass uprising that developed by the hour—sometimes faster. People knit together in defiance of threatened arrest. Pizzas arrived that had been ordered by supporters in Europe. Activists organized cleaning crews. Cops finished their shift policing the capitol and joined other workers to occupy it.