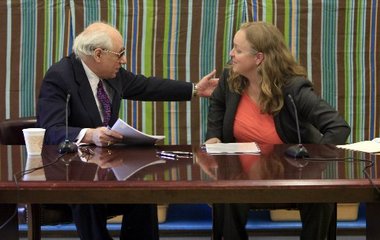 At In These Times:

NEWARK—Six days after the city’s schools superintendent and teachers’ union president announced a tentative contract agreement, a group of union members gathered Wednesday night to discuss how to derail the deal.

The agreement, whose core compromise institutes performance-pay bonuses and peer evaluations, won praise from both New Jersey Republican Governor Chris Christie and American Federation of Teachers President Randi Weingarten. But members of Newark Education Workers (NEW) Caucus, a Chicago-inspired social justice group within the Newark Teachers Union (NTU), hope that on Monday, their co-workers will vote it down.