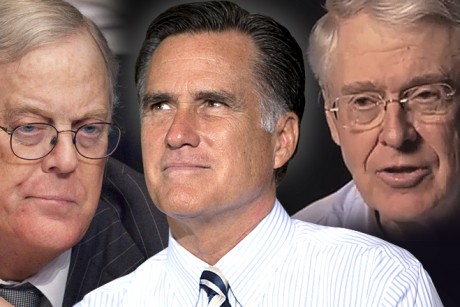 This week brought the second of two exposés that illustrate the twisted state of American labor law, which seemingly permits managers to urge and cajole their employees to donate to and even vote for their favored candidates, and workers to be fired for their political views, even if they express them only outside of work.

On Sunday, Mike Elk of In These Times revealed a political packet mailed to the 45,000 employees of a Koch Industries’ subsidiary, the Atlanta-based Georgia Pacific. The packet included a list of Koch-endorsed candidates and warned that electing the wrong people could be ruinous to the economy. The company also requires that workers get permission before running for office or joining the boards of nonprofits. One worker told Elk that a supervisor told him he wouldn’t get a promotion because he was “too political.” A local union official told Elk that he was getting calls from Georgia Pacific employees who were afraid they’d be fired for appearing in a photo with a local Democratic state Senate candidate outside their union hall, because the plant where they worked was visible in the backdrop.