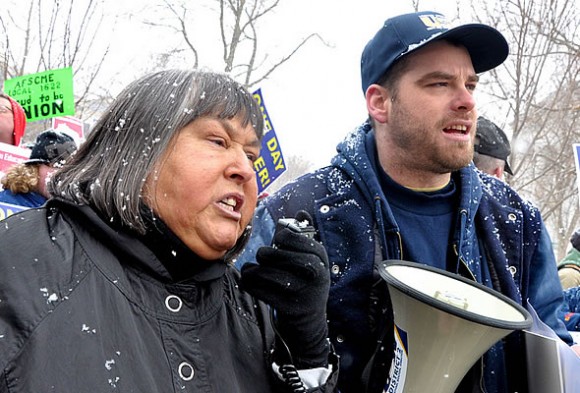 At The American Prospect:

Becki Jacobson, 48, has worked as a process technician at American Crystal Sugar Company in Minnesota since she was 18. Eight months ago, she showed up for work, but the company refused to let her start her shift.

Like 1,300 other members of the Bakery, Confectionery, Tobacco & Grain Millers union (BCTGM) at American Crystal Sugar, Jacobson wasn’t fired. She was locked out. Crystal Sugar is wielding a powerful weapon against its workers: Its right to deny them work for refusing a worse contract after their existing one expired. Jacobson and her co-workers are left with a choice. They can hold out while non-union workers do their jobs, make huge concessions, or dissolve the union.

How couples do money

KPCC: A case against Walmart that could improve LGBT rights in the workplace