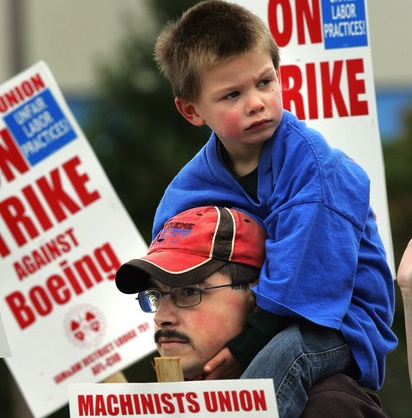 At Salon, my take on the end of the NLRB complaint of the century:

Republicans won’t have the National Labor Relations Board’s case against Boeing to kick around anymore – though no doubt they’ll keep flogging its corpse. On Friday, the NLRB announced it was dropping its most famous investigation in years. The union that had brought the case, the International Association of Machinists, asked the NLRB to relent following a compromise reached with management. The IAM is touting its deal as a better alternative than pursuing the NLRB case. They’re right – which is a damning measure of how poorly the Obama administration defends workers’ human rights.