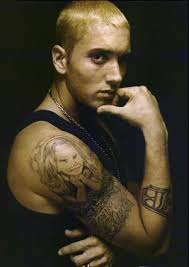 My point was that conservative and liberal ways of criticizing media are often distinguished not just by what the evils are that we don’t want advanced in media, but also that conservative media criticism is more likely to focus on how much of something (nudity, homosexuality, drug use, etc.) is portrayed, rather than how it’s portrayed. I also wrote that post because it bothers me when people on the left devote their energy to criticizing the amount of stuff we oppose (bigotry, rape, etc.) shown on TV, rather than how it’s shown.

But Alek makes an important point that arguing what a cultural product endorses involves a lot of difficulty and subjectivity. In particular, I agree that the authors’ intentions and the audience’s interpretation may vary greatly, and that more interesting art is often more subtle or ambiguous in its moral claims. (“Apocalypse Now” and “Wall Street” come to mind as movies criticized for glamorizing what they may have intended to criticize)

That said, TV and movies are overflowing with what strike me as clear-cut examples of endorsements of conservative tropes. Take sitcoms whose main characters are all depicted as basically sympathetic and are persecuted by the fear of Black people calling them racist, or share a lack of belief in male bisexuality. Take action movies with clear-cut good guys and bad guys where the good guys also boss around women and manipulate them for sex. When I was in Jewish day school, there was a big controversy over whether a play would be performed depicting HIV positive characters (because high school students supposedly shouldn’t be exposed to the issue), but no controversy at all about our performance of “Me And My Girl,” which features a subplot where a whiny woman becomes content and easygoing once her husband spanks her.

I’m not quite sure what Alek means at the end of his comment about being “inclined towards the position that content doesn’t matter.” If something “attracts lots of people,” doesn’t it matter that much more so? I agree with Alek that “rape fantasies contribute to rape culture” and that we should combat it in “other ways besides ignoring/censoring speech” – that, in part, is why I think cultural criticism is important. And it’s why I think disproportionate focus on the most explicit art is misguided.

On a sort of currents events-y (and sort of past events-y) note, Rick Santorum’s new exploratory committee got me thinking about Dan Savage’s successful campaign to repurpose Santorum’s name on the internet to refer to a byproduct of anal sex (Santorum also inspired me to add “Let America Be America Again” to our seder for the first time). I was trying to think what mirror image equivalent campaign a right-winger could inflict on a left-wing politician and I couldn’t really. Using Bernie Sanders’ name to refer to rape? To refer to union-busting? It doesn’t really work, because Bernie Sanders doesn’t express his opposition to rape and union-busting by trying to discourage people from talking about them. Just as Tennessee Republicans are moving to ban acknowledging gay people’s existence in middle schools, but no Democrats are moving to ban acknowledging the problem of rape. The “Spreading Santorum” campaign is funny because it plays on a discomfort with hearing certain things talked about in any context that’s more typical of conservatism than of liberalism.

Update: Alek responds in the comments below.

2 thoughts on “MORE ON EXPOSURE VERSUS ENDORSEMENT”